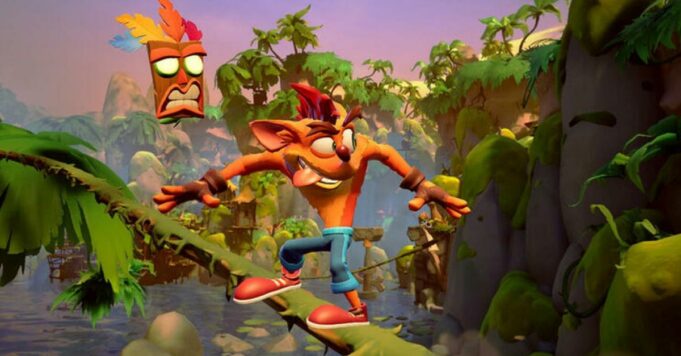 The famous orange character has been making his own for 25 years now, most of the time on Sony consoles. Crash Bandicoot, first of the name, was released in 1996 on Playstation.

The mascots were above all the prerogative of the 80s / 90s. Capcom was able to kickstart the fashion with Pac-Man, which quickly became the face of video games for quite a while. Then Nintendo, with a certain mustached plumber, made headlines and established itself as the flagship character of the Japanese firm. In response, Sega came up with its own mascot, which was able to hold its own against Mario for a time, Sonic. And on the side of Sony finally? It must be admitted that originally, there was only one contender for the role: a certain Crash Bandicoot, which was graciously offered to the Japanese manufacturer by Naughty Dog. And this year, the famous orange character celebrates his 25th birthday!

In 1995, Sony attacked the home console market with its PS1, which met with great success upon its release. But the firm still lacks something to compete with Nintendo, already well established in the industry for a while: a mascot. This is how Sony commissioned Naughty Dog to create such a character: Crash Bandicoot. With its platforming adventures, the orange troublemaker arouses great interest for a simple reason: it is the first to attempt the adventure in 3D because at the time, Super Mario 64 had not yet been released in the USA. The anthropomorph immediately met with great Western success, but not only.

Thanks to its generally very positive reviews, Crash Bandicoot becomes eighth best-selling game on Playstation with over 6.82 million copies sold. And in Japan, Sony’s country of origin, the game of Naughty Dog becomes the first Western title to cross the threshold of 500,000 copies sold. Finally, his two sequels, Crash Bandicoot 2 Cortex Strikes Back and Crash Bandicoot 3 Warped, do even better than him. Since then, we haven’t heard much about young Crash, except recently. Indeed, a remaster of the trilogy could be proposed for modern consoles, and a new opus called Crash Bandicoot 4 It’s About Time was released, even if this time it was not developed by Naughty Dog but Toys for bob. Who knows, maybe Crash Bandicoot will be an important video game mascot again?