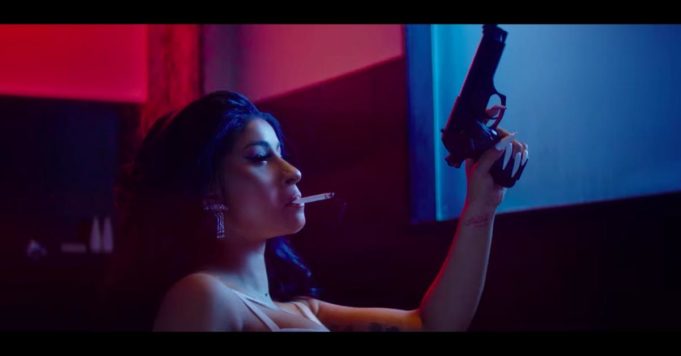 Cardi B has unveiled her new clip called “Press” in which she settles her accounts with the media. Find out without further delay on melty!

Cardi B, one of the stars who was cheated on but who stayed with their partner, is back in the limelight with a new clip called “Press”. After the titles “Money” or “Please” with Bruno Mars, the rapper unveiled this new song on June 26, 2019 in which she is addressing the media: “Press, press, press, press, press / Cardi don’t need more press / Kill ’em all, put them hoes to rest / Walk in, bulletproof vest / Please tell me who she gon’ check / Murder scene, Cardi made a mess / Pop up, guess who, bitch? “ she sings. In a court setting, she plays the role of an accused before judges (who can symbolize the journalists against whom she defends).

Later in the video, she turns into a murderer who liquidates all those who disturb her. A bloodbath embellished with some very sexy choreographies in the company of several dancers. Finally, despite the support of his fans outside, Cardi B is locked in prison and shows that she is definitely not cold in the eyes … After this clip, we are already looking forward to discovering what the superstar has in store for us on her next album following the pretty success of the first, Invasion Of Privacy, sold more than 4 million copies worldwide … In the rest of the music news, the PNL group has unveiled four new titles as a bonus of their opus Deux Frères.