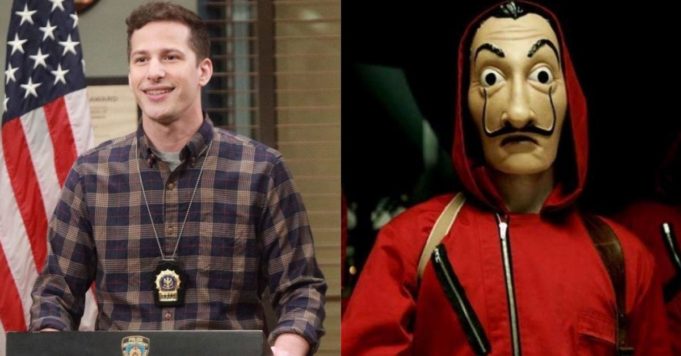 For the round of 16 of the 2020 Series World Cup, the Brooklyn Nine Nine and La Casa de Papel series face off in a match that promises to be tight! Who will win it?

The 2020 Series World Cup continues and we are now in the round of 16! Among the selected series, we find Lucifer, Peaky Blinders, 13 Reasons Why, The Umbrella Academy, Dynastie, You, Grey’s Anatomy, The 100, Elite, The Witcher and then Brooklyn nine nine and La Casa de Papel. It is these two series that we will try to decide today in order to determine which one deserves to win. On the one hand we have the Casa de Papel, one of the most successful Netflix series. This year she came back for a season 4 always so well paced, full of action and twists. We freaked out many times for The Professor, Tokyo, Rio, Denver and co. But the new adventures of the robbers were still less successful than the previous ones in terms of audience.

While Brooklyn Nine Nine, it’s already been seven seasons that Jake, Holt, Amy and the others make us laugh with their jokes, their clumsiness, their incredible situations and their extraordinary personalities. And we never tire of it! The last season was still as effective, even allowing the series to be renewed for a season 8. We always have a good time with the crazy cops of 99 and honestly, we have everything but want this to end. This is why our vote goes clearly to this series, which deserves to stand out more against big mastodons like La Casa de Papel. We don’t know if that will be enough to win her the Series World Cup, but if she can go to the semi-final, it will already be good!