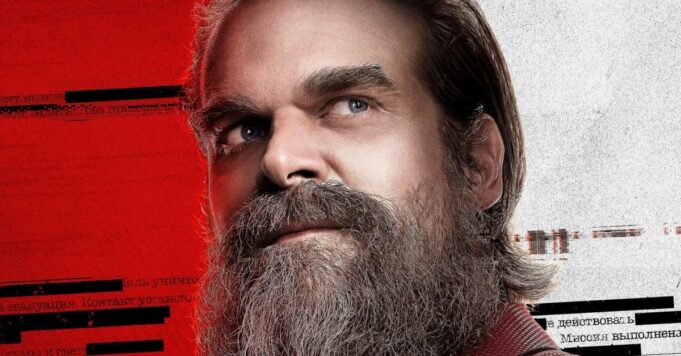 There are moments in the life of an actor that it is sometimes better to forget. This is the case of David Harbor, the interpreter of the Red Guardian in Black Widow, popularized thanks to his role as Jim Hopper in the Netflix series Stranger Things. Indeed, it seems that the latter experienced a rather humiliating episode – although very funny to see for people around – on the set of the last installment of the MCU. This is what revealed Kevin Feige, president of Marvel Studios, in a recent tweet posted on the occasion of the special evening #BlackWidowWatchParty organized on Twitter for the film’s release.

In the tweet, Kevin Feige shares the following anecdote: “While filming, Alexei (DavidKHarbour) is changing into his Red Guardian suit. There was a hold where he, in fact, got stuck inside the suit and had to call for help to get out. The plan was even kept in the movie “. Which therefore means that the scene in question, when the actor finds himself stuck in his Red Guardian costume, was not originally planned in the opus. A fun fact that makes the latter even funnier, but which must not have made David Harbor laugh much on this occasion. Also check out this amazing confession from Kevin Feige about the death of Black Widow.