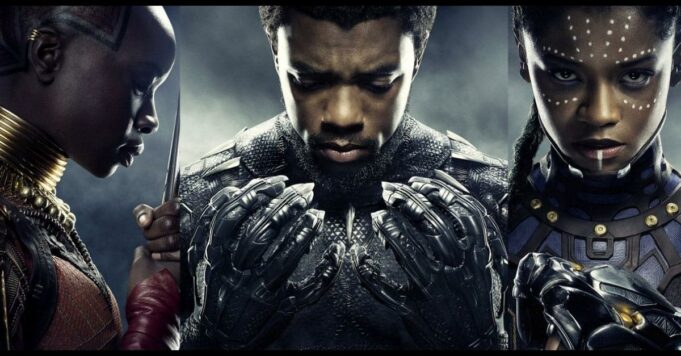 The shooting of Black panther 2 continues, behind the scenes allowing us to discover the look of Okoye and Shuri. If on some pictures their interpreters, Danai Gurira and Letitia Wright, had put their warrior outfits aside, other set photos showed the actress playing T’Challa’s sister wearing a long black cape. This stratagem is generally used by Marvel studios to hide the real costumes of its superheroes and in this case that of Black Panther. By the way, this is not the first time that Shuri’s role in Wakanda Forever is mentioned, the MCU scientist having most certainly been chosen by Ryan Coogler to replace his brother on the throne.

Another interesting clue as to Shuri’s next role in the Marvel Universe: the series What if, currently broadcast on Disney + which could have teased the succession of T’Challa. The last episode focused in particular on the return of Killmonger and his lies to regain the confidence of the country. If the royal family seems to be blinded by the maneuvers of this supervillain, Shuri meanwhile has seen clearly in his game, and with the help of Pepper Potts, to bring out the truth. This behavior therefore lets us think that Shuri has the necessary capacities to become the new Black Panther and to face the dangers which will threaten Wakanda soon. It remains to be seen who these future enemies will be, several rumors having mentioned the entry into the scene of Namor and Atlantis.