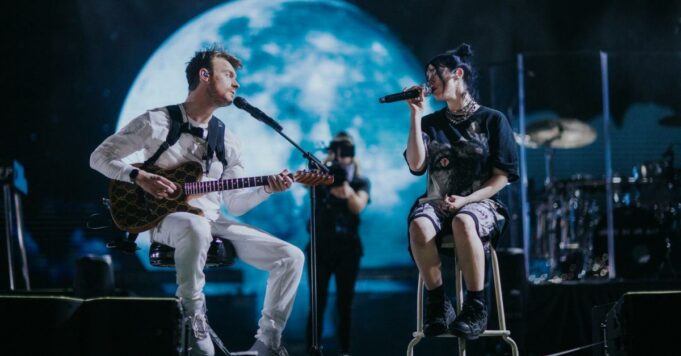 Billie Eilish returns with an unreleased documentary called The World’s A Little Blurry, which is available on Apple TV +.

Billie Eilish, who is on the list of artists to release an album in 2021, became a superstar thanks to her debut album When We All Fall Asleep, Where Do We Go? which saw the light of day in March 2019. Critically acclaimed, she was recognized at the 2020 Grammy Awards by winning six awards in total, including four in major categories at just 18! An extraordinary journey that was retraced in the documentary event Billie Eilish : The World’s A Little Blurry, directed by the great RJ Cutler and available in theaters and on Apple TV + since February 26, 2021.

This project is ambitious since it allows us to look back on the most significant moments of the career Billie Eilish. From her debut as a young 16-year-old teenager to her triumph at the age of 18, the images take you back in time and uncover the singer’s reactions, doubts and joys.. Whether she’s in her bedroom, at her parents’ house, creating her songs or on stage, nothing has been left to chance and the result should delight her many fans around the world. A documentary not to be missed, just like the videos of Billie Eilish, who is one of those stars who hit TikTok in 2020.