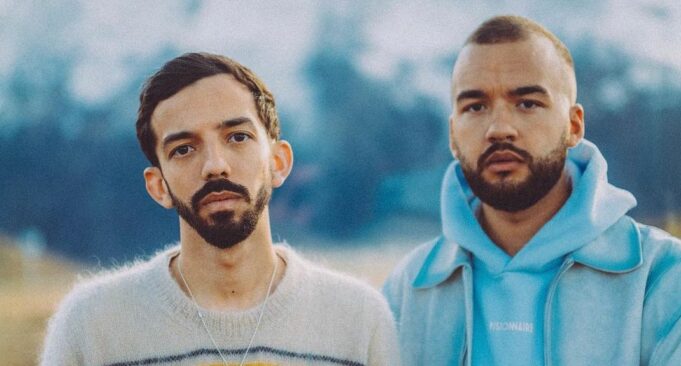 Bigflo and Oli have just unveiled the list of feats that will be present on their new album to be released in June. You might be surprised! We tell you everything.

We no longer present Bigflo and Oli. But we can say that the two brothers have the reputation of being particularly generous with their audience. And the latter also gives it back to them very well. The duo’s previous album, The dream life, met with great success. It even sold over 300,000 copies. The two stars are therefore preparing to create the event with the upcoming release of their fourth album. The others are us is scheduled for June 24. So only a few days left to wait for the fans… So to wait, Bigflo and Oli have revealed some exclusive information!

This Wednesday 1er June on Instagram, Internet users were able to preview the list of feats that will be present on The others are us. And as much to say that the cast of guest artists is impressive ! There are of course some rappers, like Vald or Leto. But the American Russ and the young Olympe Chabert are also on the list of duos. Among the legends of French rap, Mc Solaar will also be present on the Toulouse album. Another essential star of the song will also lend his voice to one of the new titles of Bigflo and Oli. This is Julien Doré.

But if there is indeed a feat that risks create the buzz, it’s the one with Francis Cabrel. Yet very popular with the public, the singer of Sarbacane is musically very rare. He has known Bigflo and Oli since the Astaffort Meetings in 2019. Despite their generation gap, they then sang together. Everyone really appreciated this collaboration. According to these various pieces of information, the Toulouse brothers therefore seem to have redoubled their efforts to make their return spectacular. They also launched their own festival. IAM and Damso are the headliners. As Bigflo recently stated, it is above all dreams that come true: “We’re getting to a stage where that’s it. We can afford to go as far as those dreams that were deep in the back of our heads. The idea is to make young people like them.” See you on June 24 to share this crazy adventure with the duo!