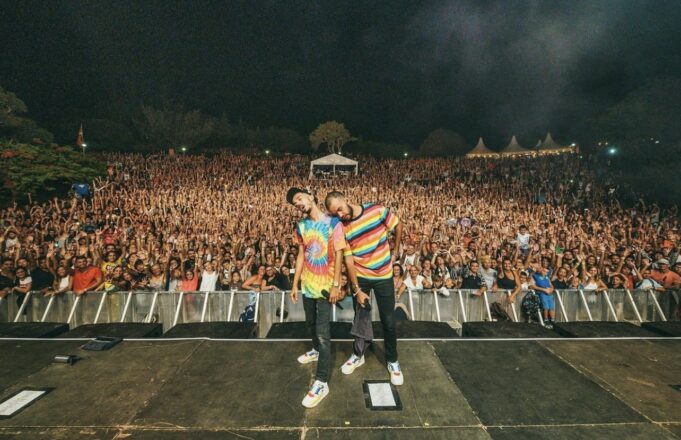 It’s hard to miss Bigflo and Oli right now. With the release of their new album The others are us, the two brothers are everywhere. And it is especially not their many fans who will complain about it! reputed to be generous with their audience, the people of Toulouse have therefore not done things by halves. On this opus released on June 24, we find in particular a rain of featurings. And they are all as surprising as each other. Mc Solaar, Julien Doré, Vald but also Francis Cabrel… The list of those who sing in duet with Florian and Olivio Ordonez is long.

But for better commune with their audience, the two stars have decided to tour the stages of France this summer. Bigflo & Oli have therefore set up a first meeting with their fans on the day of the release of their album. It was at the Accor Arena in Paris and more than 15,000 spectators were present to discover the duo’s new titles live. The inhabitants of Toulouse will then continue with various festivals in the four corners of France: Au fil du son in Civray, Saint Rock in La Clayette, or Urban Empire in Boisseuil will be among the duo’s drop-off points this summer.

Big Flo and Oli: from small venues to Zeniths

But if the festivals remain a moment of sharing with several artists on the bill, Bigflo and Oli intend to take advantage of their own tour afterwards. A series of concerts dedicated to the duo and which will be divided into two phases. The first will start this fall. The two brothers will travel the country to perform in the small halls of their debut. The opportunity to find intimacy and proximity with their fans. But unfortunately, all the concerts were sold out very quickly. So to satisfy everyone, Bigflo and Oli have just announced a second act: a tour of the Zeniths and Arenas which will take place in 2023. With all this, no one will be able to say: “I was not here” !