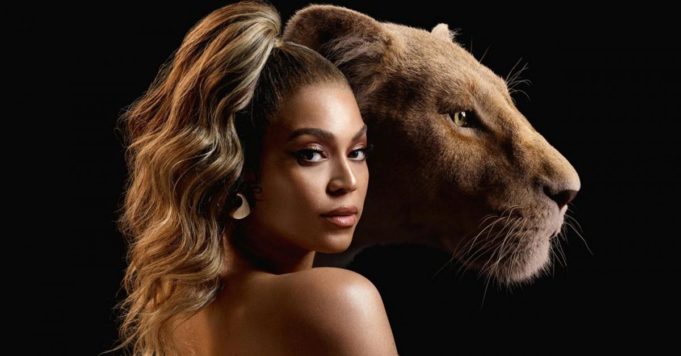 In theaters since Wednesday, The Lion King now has an original soundtrack curated by none other than Beyoncé, the actress-singer who plays Nala in the film by Jon Favreau.

On all fronts ! After unveiling the live album of his historic performance at Coachella as well as the documentary Homecoming Behind the scenes of her preparation, Beyoncé continues to mark the year 2019. Today, she unveiled the soundtrack of the live-action of Lion King which she produced alongside loyal collaborators. True tribute to African culture, The Gift is undoubtedly the album from which you will not escape this month. And if we told you a little earlier that Katy Perry and Taylor Swift are living a complicated summer 2019, it is a safe bet that the titles offered by Beyoncé, her husband Jay-Z and their friends and particularly talented new collaborators will more noise!

On the most all-star game of The Gift, Beyoncé quickly sets the tone. Thanks to African sounds and a DJ Khaled who temporarily abandoned his famous “We The Best!“, the loose popstar says all the good she thinks of the African continent as well as of her own origins. “I am Beyoncé Giselle Knowles-Carter / I am the Nala, sister of Yoruba / Oshun, Queen Sheba, I am the mother “ she lets go after the verse of Jay-Z and before the bridge of Childish Gambino. An instant suspended in the career of a timeless artist and in full exploration of her negritude, Beyoncé openly explores the influence of her ancestors, while evoking the fragility of life and the need to take full advantage of it.

Last addition of the soundtrack of Lion King, “Spirit” is without a doubt the most Disney-esque title on the album. Perhaps because it is the one that best integrates into the world of live-action film and animated film. “Spirit, watch the heavens open “ proudly launches Beyoncé surrounded by a superb choir. Dancing and fluid, “Spirit” (which now has a clip) is the title on which your children, your brothers and sisters or yourself will move the most by thinking back to the cinematic experience. Once the 4 minutes and 37 seconds of pure ecstasy are over, you will have only one desire: to put back “Spirit” in the beginning !

After shining with the soundtrack of Black panther, Kendrick Lamar brings his quasi-ancestral flow on a piece of confusing sweetness. Here, there is no question of laying a tube or making the whole world move. Far from there ! The two accomplices offer their fans a logical follow-up to their previous duo, “Freedom” available on the album Lemonade of Beyonce, and let their voices intertwine for less than 2 years (!!!) to give birth to a hypnotic and incredibly sensual track. At once sung, rapped and spoken, this title is a UFO as only Beyoncé can do it!

Please note, this is a potential tube! In addition to offering a special place to her daughter Blue Ivy (credited as a co-author) on this unifying and subtle piece, Beyoncé does not hesitate for a moment before telling all women / girls of color that their skin is beautiful. Thanks to the talent of WizKid, Beyoncé offers herself a single that intelligently tends in Afrobeat without ever self-denaturing. Paced and heady, “Brown skin girl“should quickly join your sleepover playlist. As a bonus, Beyoncé offers us name-dropping almost too good to be true: “Pose like a trophy when Naomis walk in / She need an Oscar for that pretty dark skin / Pretty like Lupita when the cameras close in / Drip broke the levee when my Kellys roll in “.

Beyoncé is unstoppable! This is the first thing we are entitled to say when we first listen to “Already“Sexier than ever, the producer of The Gift gives everything she has on a furiously effective beat. “Long live the king, you a king, you know it / King already, already, you know it / Top everything, everything, you know it “ she repeats in a particularly effective refrain. Understand by this that it quickly comes to mind and will make you move without you even realizing it. The voice and flow of Shatta Wale are beautiful and one can only wonder why it took so long before this Ghanaian producer was embarked by an American popstar.