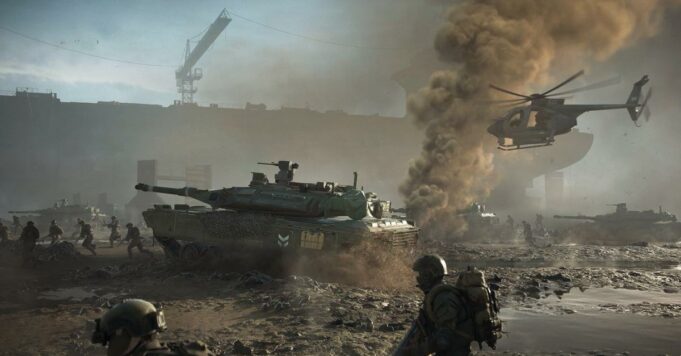 DICE has just made official that there will be no single player mode in Battlefield 2042. Instead, the studios have preferred to focus on the development of 3 new game modes for this new opus.

Battlefield 6, or rather Battlefield 2042, offers us 3 different game modes. On the program no single player campaign, nor Battle Royale. Instead, we can browse the 7 maps of Battlefield 2042 through an All out Warfare mode, a Hazard Zone and a still confidential mode and still in development. It is true that the choice not to offer a Battle Royale, despite the popularity of the genre and the 128 player battles promised by the game (for next-gen consoles), is a surprise. Nevertheless, DICE and EA Games have affirmed their desire to offer a new experience with the next Battlefield.

On the fashion side All out Warfare, players will be able to enjoy two types of games well known to regulars of the saga: the Conquest and the Breakthrough. The Conquest promises immense clashes between the two rival teams, while the Breakthrough pits defenders against attackers whose goal is to capture / destroy specific objectives. For his part, Hazard Zone mode is completely new in the franchise. We still know little about the gameplay of this mode except thatElectronics Arts promises a “high stakes team play type“which should take advantage of the BF6 sandbox. Finally, we hope to learn a little more about the latest game mode in the Battlefield 2042 gameplay video of June 13th.