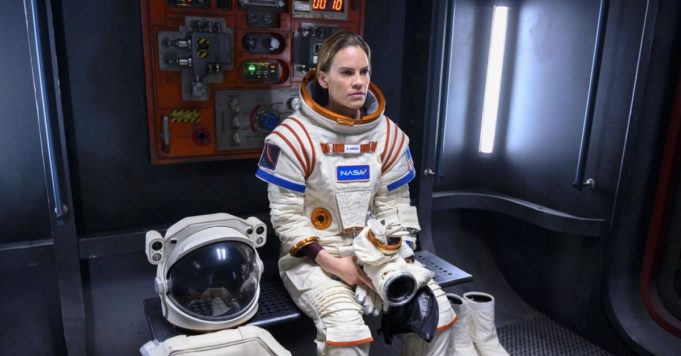 The Away series is available on Netflix but is it worth the detour? We tell you everything, without spoilers.

While the 2020 Series World Cup continues right here, we await the verdict of the group stages by talking about a little news that is not part of the competition. Series Away has been available for a few days on Netflix and as always, we offer you a little debrief without spoilers after seeing a few episodes. As a reminder for those who do not know the pitch, Away tells the story of Emma Green (Hilary Swank), an astronaut who is about to lead the first space mission that will send humans to Mars, an adventure that promises to be as fascinating as it is dangerous …

Despite some lengths, the series plunges us into the history of its characters in an efficient and rapid manner. Whether on the side of cast that quickly proves convincing, or special effects that turn out to be very successful, Away has many assets which should delight fans of space and discovery. Without necessarily playing too much on the drama, the novelty Netflix is ​​not afraid to address the problems caused by the international collaboration necessary for such a mission, and it is a new aspect of space travel too often overlooked in the movies. and the series on space that we discover in this way.

If you fancy getting your head in the stars and learning a bit more about how the first mission to Mars could go, Away should quickly win you over. The balance between space and more down to earth storylines is well managed, and even if Emma is at the heart of the series, it is indeed a whole crew of astronauts that we see evolving in drastic conditions. In short, it is a small success both in substance and in form, with its moments of tension which maintain a good rhythm, and its more poetic moments which allow a smooth escape from reality.