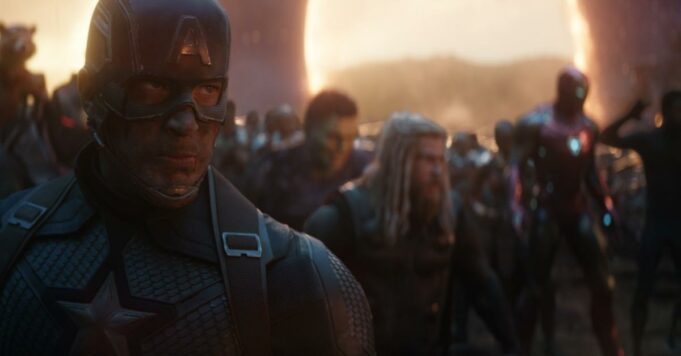 Avengers Endgame marks the end of the fight against Thanos. It remains the longest film in the MCU to this day, followed by The Eternals, despite the three hours of feature film, Avengers Endgame still has many mysteries to unveil. After Thanos snaps his fingers in Infinity war, the Avengers take different paths and try to live with this terrible event as best they can. It wasn’t until five years later with Scott Lang’s return to the real world that the superheroes meet again. They manage to make everyone come back but it was without counting on Thanos’ arrival on Earth to recover what is owed to him.

Quickly helped by the superheroes who had disappeared, it is finally the troop of the Avengers who win this final fight against Thanos. With iconic scenes like the snap of Iron Man’s fingers, the portal with superheroes joining the Avengers or even Captain America lifting Mjölnir, we thought we had seen it all. And yet, several sequences had to be cut including a gathering in a trench. We see the scene in a clip recently released by Marvel Studios on Disney +. We see including Captain America, Spider-Man, Thor, Black Panther and Valkyrie.

A scene without special effects

Anthony and Joe Russo, the directors, chose not to keep this scene because it slowed the pace of the battle, they said. While it would have been interesting to see these characters reunited in an attempt to defeat one and the same man, we notice that the scene did not even have the right to special effects, which suggests that it was deleted as soon as the start. The Russos wanted to maintain a certain rhythm in this mythical fight, which would surely not have been the case with this extra scene. It is still nice to see these iconic superheroes together one last time when phase 4 has just started.