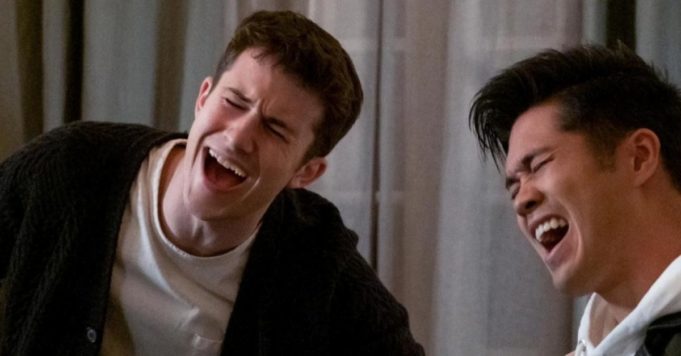 After an eventful season 4, it’s an end to the 13 Reasons Why series! Before leaving Clay, Ani and the others, let’s go back to these WTF inconsistencies in these new episodes.

Since its inception, the series 13 Reasons Why on Netflix rhymes with controversy. This did not work out with this fourth part, which was not unanimous with the fans. If the previous seasons were deemed too dark, this is not the problem in this last season. Between the impromptu science fiction side, Clay’s mental illness, the ghosts of Bryce and Monty present in each episode, and more than doubtful intrigue … it must be said that 13 Reasons Why does not end its story on a faultless. As we like to laugh, we decided to come back to the most WTF inconsistencies of these new episodes (and we know that you will have many others to share with us!).

Winston falls in love with Alex after a week, while he ruins everyone’s life in tribute to Monty

As soon as we saw that Winston was joining Liberty High, we understood that he was going to be our target for this new season. At the same time, he was there to do his little investigation into the murder of Monty, and as he was going to annoy our friends, we hated him in advance! But it was not the only plot reserved for the character, who also decided to set his sights on little Alex, with whom he fell in love after (not even) a week … So, you come to ruin the lives of others to pay tribute to Monty, when you have already turned the page with another young man? The plot of mental illness should have been reserved for Winston, right?

When Clay got behind the wheel of Zach’s pretty racing car, we knew it was going to go wrong. Two characters fucked up in a car that can reach 300 km / h, it’s never a good idea … Unsurprisingly, Clay (Dylan Minnette) had an accident and this scene left us on a big cliffhanger. While we expected to learn of the death of one of them, no, Zach was just a little bit shagged and we changed the subject. Okay, so, Clay almost killed his friend, he smashed his car, and nobody talks about it more than that? No, sorry, it was certainly more interesting to follow Winston advancing in his investigation …

Everyone pays tribute to Monty, after he raped Tyler and some students still believe him responsible for the murder of Bryce

This intrigue around Monty’s death is a bit of a joke 13 Reasons Why ! Although some students were aware that he was not responsible for the murder of Bryce, many still believed him guilty until halfway through the show. However, almost all the students pay tribute to him, by organizing parties in his honor … We talk about him, as if we missed him and that he had shown charity once in his life! Monty had raped Tyler anyway, completely free of charge, all because he didn’t like being gay! Conversely, Bryce was so harassed after the murder of Hannah and Jessica that he had to change establishments … So hey, Monty really did not deserve so much.

Monty and Bryce ghost versions are almost there all the time, you shouldn’t kill them if you still wanted them

If someone has the screenwriters number of 13 Reasons Why, give it to us because we need to talk to them! What is the use of killing Monty and Bryce in your previous seasons if it is so that we see them MORE than when they were alive? Ok, we understood that Clay was totally lost and obsessed with this whole story, but the ghosts of Monty and Bryce were by his side H24. He listens to them, he talks to them, without ever really telling himself that it only happens in his head. Let’s leave the dead where they are, right?

Jessica lets go of real feminist discourse to end up with Diego, the bog imbued with her person

We are still dealing with a little inconsistency, but let’s say that this one is still pretty cute! Throughout the first episodes, Jessica makes real speeches on the emancipation of women, on their strength and power against macho men, in the end … going out with the most megalomaniac of the school. Well, Diego also proved that he was not that narcissistic, and that even if he was a drummer, he knew how to respect women. Ok, but still, Jessica may still be attracted by the same profiles: the beautiful popular kids imbued with their person!

Several scenes are shot in science fiction mode, we believe in the exorcist

LOL, do we all agree that we didn’t understand what happened in this season? Between Clay who sees the diabolical version of his person in the mirror, the totally WTF passage of this shot, and all the other intrigues shot in a horror film atmosphere… No, really, we can’t explain what happened! The writers may have wanted to present a sci-fi staging to stand out from the too serious side of certain passages, but still. We look 13 Reasons Why precisely to follow a group of friendly friends, confronted with the daily problems experienced by teens today. Otherwise we would have put Stranger things !

Justin dies precipitately from AIDS, like no one had seen anything before

And finally, this last intrigue was inevitably controversial because Justin died precipitately from AIDS, and that it does not stick to reality! First, today we live very well with this disease and as a bonus, if he had been sick we would have realized it before. Justin had been tested when he entered the addiction center, and he had nothing, so don’t give a damn about us! Despite all these inconsistencies, this final chapter made it possible to close the narrative arc of each of the protagonists, and before making them a final farewell, we let you discover to which character from season 4 of 13 Reasons Why you look the most, take the test!