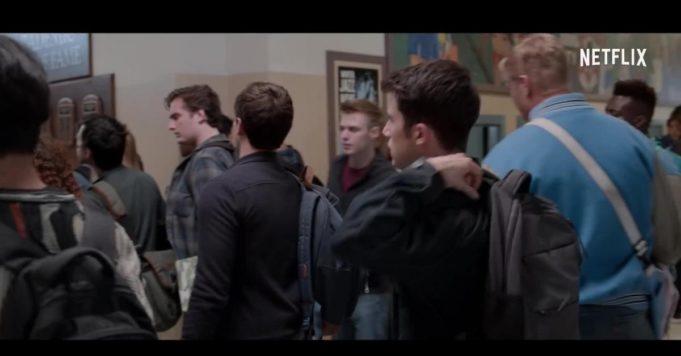 Another student died in season 4 of 13 Reasons Why, and this plot is extremely controversial among fans. Attention, spoilers on the end of the episodes!

If you haven’t finished viewing all of 13 Reasons Why on Netflix, beware of big spoilers! After Hannah, Jeff, Bryce and Monty, Liberty students mourned the death of another student in the first episodes of season 4 of 13 Reasons Why. A death teased from the start of the show but which only takes place in the final: it is Justin Foley who knew a tragic fate during this final chapter. Appreciated by all, the student did not die from an overdose as one might have thought but … from AIDS. After leaving the drug rehab center, Justin had finally found refuge in a loving home, that of the Jensen family. Unfortunately, after suffering from addiction, living on the street and prostituting himself, the young man’s immune system weakened and Justin contracted the AIDS virus. A final strongly criticized by the fans, whom they consider “unfair”, “traumatic” because it does not send the right messages to the spectators.

Justin clearly didn’t deserve to die like that or even die all the way. It was one episode too many.# 13ReasonsWhy # 13reasonswhys4 pic.twitter.com/S9xGSDLWyd

Indeed, fans mostly criticize the writers for conveying a bad interpretation of the disease. “We are no longer in the 80s, medical advances in the treatment of AIDS are enormous and it is very unlikely that this can happen today”, written for example Bamonite on Reddit. For many, season 4 of 13 Reasons Why does not honor one of its promises: the conclusion of the show on a note of hope. Although most of the students will be able to rewrite a new page in their history, Justin has not succeeded in overcoming the disease, although he had nevertheless been tested when he entered the addiction center. One more inconsistency that justifies why the series has lost so many of its spectators over the years, and the abysmal attitude of Clay in this season 4 of 13 Reasons Why will not reconcile fans with the program!