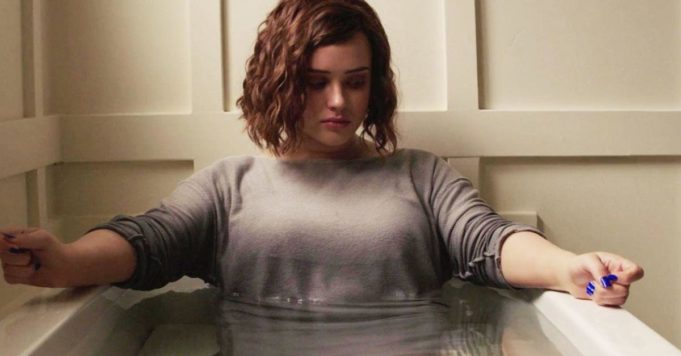 While season 4 of 13 Reasons Why on Netflix has still sparked strong reactions, here is a recap of all the times the series has been controversial since its inception.

This June 5, Netflix broadcast season 4 of 13 Reasons Why, and the students of Liberty High High School are still so tormented! Before making our final farewell to the series produced by Selena Gomez, we wanted to go over all the times 13 Reasons Why found itself in the spotlight. Since season 1, many scenes have shocked, disturbed, offended the sensitivity of health professionals as well as that of the fans. Here are 6 striking passages from the series which provoked strong reactions from the spectators.

Unsurprisingly, the final scene of the first season of 13 Reasons Why was the most striking. We were at the beginning of the series and we were told how Hannah Baker had ended her life. So it was almost inevitable not to show us the final scene, the one where the teenage girl committed suicide in her bathtub. Well, this passage was so controversial that Netflix preferred to withdraw it from the first season. For some spectators, including psychologists, this scene “glorified” suicide. The controversy even went further: a study published in the Journal of the American Academy of Child and Adolescent Psychiatry even claims that the suicide rate among teens aged 10 to 17 increased after season 1 of 13 Reasons Why. It was especially after this affair that the series began to publish prevention messages before the broadcast of future seasons. Later, we also saw Bryce raping Hannah Baker, and it is true that this passage did not spare our sensitivity either. The horror of this act is explicitly filmed, and necessarily not everyone is able to digest such images …

Another scene from 13 Reasons Why has provoked strong reactions on social networks. This is the passage where Tyler is assaulted by members of the football team in episode 13 of season 2. The violence of the scene does not stop there obviously: it is at its peak when Monty decides to sexually assault the young man, by sticking a broom handle in his buttocks. Tyler screams and bleeds, and knows that his life has taken another turn at this precise moment. Faced with the difficulty of this passage, the fans did not hesitate to express their anger on social networks. What is controversial is that this scene was not sufficiently brought into the plot, it is as if it had arrived here just in order to shock the viewer. Brian Yorkey (the creator) wanted to respond personally to this criticism by explaining that “High school athletes or sportsmen all too often made the horrors that we see in this scene, and that it was necessary to denounce more often the crimes of men raped by other men”. The message was all the same heard, because the intrigue of the rape of Tyler was continued in seasons 3 and 4, in order to recall to what point this dreadful and condemnable act.

While terrorist acts are at the heart of the news when season 2 of 13 Reasons Why comes out on Netflix, a new scene once again angered fans. The rape of Tyler was not the only tendentious passage of this second season: the attempt to shoot by the latter did not at all was understood by the spectators. If we knew that the student had some personality disorders and a particular relationship with weapons, it was very surprising to see him organize a shootout in high school. Again, many people feel that this initiative was not explained enough in the plot and that Clay’s reaction did not convey the right message at all. Indeed, we see the latter trying to reason with Tyler, when the right attitude to adopt is to hide and call the police. 13 Reasons Why is a series watched by many teenagers, and some fail to take a step back from the messages passed in the series, that’s why it is essential to be vigilant in the treatment of each plot.

The plot of Ani, whose interpreter has been harassed on social networks

* please take a second to read * Hey Y’all, just a reminder. Whether or not you support, like, or love, a character in our fictional tv show — please remember that there is a talented and beautiful actor / actress bringing those scripted words to life. One of the underlining themes in our show is to take care of each other. I’ve seen some pretty nasty things being said online, concerning the introduction of a new character. Y’all are passionate & we love you for that, but PLEASE PLEASE try to be kind and respect the work of the talented actress / actor behind the character. Love y’all & keep taking care of each other ❤️

A publication shared by Timothy Granaderos Jr. (@timothygranaderos) on August 26, 2019 at 5:41 am PDT

Season 3, a new character arrives and replaces Hannah to the rank of main actress of 13 Reasons Why. Except that … again, it does not pass! Ani’s intrigue has put fans in a black anger, since the character goes out and sleeps with Bryce Walker, Hannah’s rapist. As an added bonus, Ani became friends with Jessica, who was also sexually assaulted by the latter. To brighten it up, she then approaches Clay, who is also very affected by the whole story about Bryce. Fans of 13 Reasons Why hate the controversial Ani plot. Some simply boycotted the series, while others went even further by harassing the character’s interpreter, Grace Saif. The actress constantly received hate messages on her social networks, and received the support of many actors in the series, such as Timothy Granaderos (Monty). “One of the themes put forward in our series is that we have to take care of each other. I saw quite unpleasant things on the Internet concerning the introduction of a new character, wrote the interpreter de Monty. You are all passionate and we love you for that but please try to be nice and respect the work of the talented actress behind this character “, he wrote under an Instagram post at the time. Unfortunately, internet users have not calmed down however and Grace Saif was forced to delete all of her social networks.

Season 4 of 13 Reasons Why did not escape the controversy because the fans are angry after the death of the character of Justin … If they are sad that the narrative arc of this protagonist ended thus, they reproach the series once again to convey the wrong message. Justin dies of AIDS (and other infections), when it is now possible to live very well with this disease thanks to remarkable advances in medicine.

Finally, another intrigue of the fourth season is also the subject of strong reactions on the web: Clay’s psychosis. If mental disorders are among the subjects of current society, it is the representation that the series has made of them which poses problem. The new episodes have taken a sci-fi or even horror film approach, making Clay’s worries a constant nightmare. The emphasis may be too much on the subject, which does not really help adolescents facing the same disorders as the character. Adding the psychologist as an accompanist is a very good idea, but it is a shame not to see better results from their discussions. Whether you liked this series or not, you have to admit that it was able to tackle strong, taboo themes, despite the fact that not all the intrigue is perfect. If you thought you no longer heard of 13 Reasons Why after season 4, Dylan Minette (Clay) talks about the possibility of a spin-off.